By the end of Year 3, it was abundantly clear our first acquisition was in trouble.

I married an accountant, by the way. She’s had a full decade of experience debunking my boundless optimism. So when we wrote a four figure check for the deal, there was a firm earnings target on the table. No hand waving allowed, how much will we make per year?

Which we had consistently missed by over 50%. A fact which was brought up every time I asked to fund anything else….

So… What Went “Boom”

When a website blows up after being purchased by a new owner, the usual suspect is losing your traffic and Google rankings. The good news is that this particular horseman of the apocalypse was held completely at bay. Look at this trend in average monthly visits…

I mean, look at that! Such Rankings! Much Traffic! So SEO!

Which means this entire miss was on my shoulders. A bad revenue forecast.

The previous owner had not monetized the site, so we had to build our own forecast. We had another site in a similar niche, so we weren’t betting totally blind. That website used a mix of display advertising and affiliate offers. What we missed was that while the other site was technically about coding, the underlying demographics were very different. Display ads earned significantly less on the new site.

Once we figured this out, we now faced a double barreled problem:

While we had priced the deal at a 30% return (25% after expenses), this issue kicked our cash-on-cash returns down to savings bond levels. Between having revenue cut in half and offer testing expenses, our return was in the single digits.

At this point, I realized how badly I misjudged the audience. It had become apparent that our traffic was mostly graduate students instead of developers. The latter had money and reason to spend it; the former was an inscrutable mystery to me.

It was time to rethink things. Successful business turnarounds usually involve playing to your strengths rather than fixing your weaknesses. Could the same principle apply here?

The first pass at the analytics suggested our (well established) SEO playbook could work in this niche. Adding more content to grow website traffic was an option. While the traffic wasn’t going to earn at the same level as our other site, it would help cover the gap to plan. More importantly, it could qualify the site for a better advertising network and bump our rates up.

The affiliate strategy wasn’t dead either. The more traffic we had moving through the site, the easier it would be to test different offers and collect feedback. But first things first. We put the affiliate program on hold and buckled down on content creation.

Our vision was to add several substantial sections to the site, blanketing a selected topic with articles to build authority. We allocated about 40 hours to the effort, split across a couple “content clusters” of related articles. This took us about a month (part time gig).

The content clusters were selected using data science and common sense. We used two analytical tools to identify topics with weak content. This was validated by inspecting the search results: if it looked lousy, we were in business! Once a target topic was selected, however, we attempted to make our coverage as comprehensive as possible (even if a specific article was unlikely to rank).

The best example of that was in the first wave where we basically carpet-bombed a topic. As you can see, it worked…

The impact of these analytics on our overall return on content was significant, resulted in articles which significantly outperformed the original owner’s content. Our worst clusters of content generated more than five times as many visitors as the articles which were already on the website. Our best content clusters did even better.

While keyword targeting clearly made a difference, the project benefited from the acquired website’s strong authority. Google took notice of the new content within a few months and consistently ranked these articles higher as we moved into the following year.

This is a rough guess, but deploying this content from an established domain likely accelerated this process by six to twelve months. It’s a fast path out of the Google sandbox. We’ve done similar projects with new domains and had slower progress.

Once we started getting traction, we repeated the effort. We’ve launched a total of seven additional waves of articles for the website, six internally developed and one (larger) that produced by outsourced writers. Higher success rates make the economics attractive.

The Jump to LightSpeed: Ezoic

I breathed a sigh of relief once our traffic crawled north of 15,000 visitors per month. We could shop our business to higher paying ad networks.

We moved the website onto Ezoic’s platform, which helped us three ways:

The Ezoic CDN turned out to be a major win as we grew our traffic. Most WordPress sites are not terribly efficient. Moving any incoming traffic over to the CDN reduced the load on our infrastructure and allowed us to scale without adding servers or re-configuring the site. So a big win with Ezoic, at multiple levels (free 30 day unlimited use trial here).

Between the increase in traffic and improved advertising performance, the monthly revenue for the website has increased by 44 X. Not life changing but nice: instead of date night at Wendy’s, we can splurge at a nice steakhouse.

There’s an active secondary market for websites where they are valued as a multiple of their revenue, similar to stocks (although it’s harder to sell them). Every $100 of monthly revenue boosts the fair market value of a website flip by $3000 to $5000.

And for those who like math, this is something we can calculate monthly. For our final chart, here’s a “net profit on flip” view which calculates the net profit at every point since we launched the new strategy. This is “all inclusive”: purchase price, migration cost, content, revenue earned, etc.

While we have no intention of selling, our return from the deal has already swung from a 40% loss to a 12 X gain on our initial investment, using conservative assumptions. With plenty of free cash flow to fund additional content. We’re not done yet….

The ultimate validation? My wife asked who we should buy next…..

Want to know more about how Ezoic improves ad revenue? Take a look at our review…

Recommended Reading (From the Ezoic Blog): 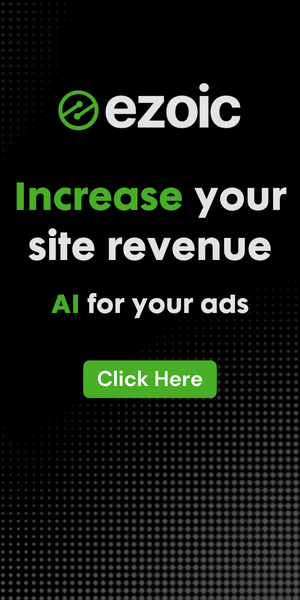 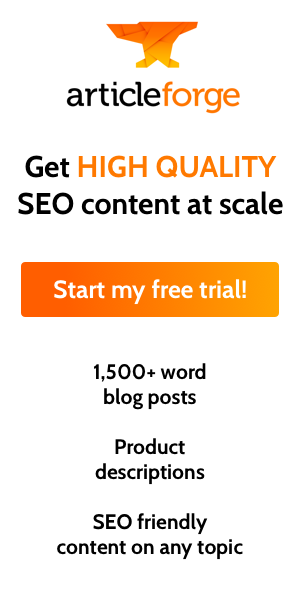